Edge is a unique game engine and scoring software that give you greater control over the battlefield. By unlocking the power of our advanced laser tag hardware through WiFi technology Edge will allow you to create new and exciting game modes, manage your players, and of course give you real time scoring.

EDGE 3.0 comes preset with a few defaults: 35 game modes, 90+ weapon created in the new weapons tool, 15 abilities, and 9 melee weapons. Each and every one is customizable for your needs. If that isn’t enough you can created and save an unlimited number of your own games and weapons.

“EDGE HAS THE INDUSTRY’S MOST ROBUST FEATURE SET”

Create as many game types as your heart desires and save them as a preset. Then simply select that game from the drop down and you are good to go.

Allow players to level up with customizable settings that fit your style of business.


By leveling up your customers unlock new content and rewards that brings them back for more.

Show player and game scores in real time during and after the game with our game history tool.

Add, remove, or edit players before and during the game


Add special rules and settings and get even more creative with your game modes.


Not only can you create unlimited game types but you can also create unique player type and assign them to a game with certain attributes and weapons.

Want to create live actor shooting experience and funnel people through? This can be done in our all new Arcade mode.


When players get a kill they know it through in-game feedback.


Players can now earn and track medals they get while playing each game,

EDGE comes ready with some of videos games most popular game types. King of the Hill, Domination, Infection, Capture the Flag, and more! EDGE gives your business the power to be creative when developing an experience for your players bringing your vision to life with endless possibilities. 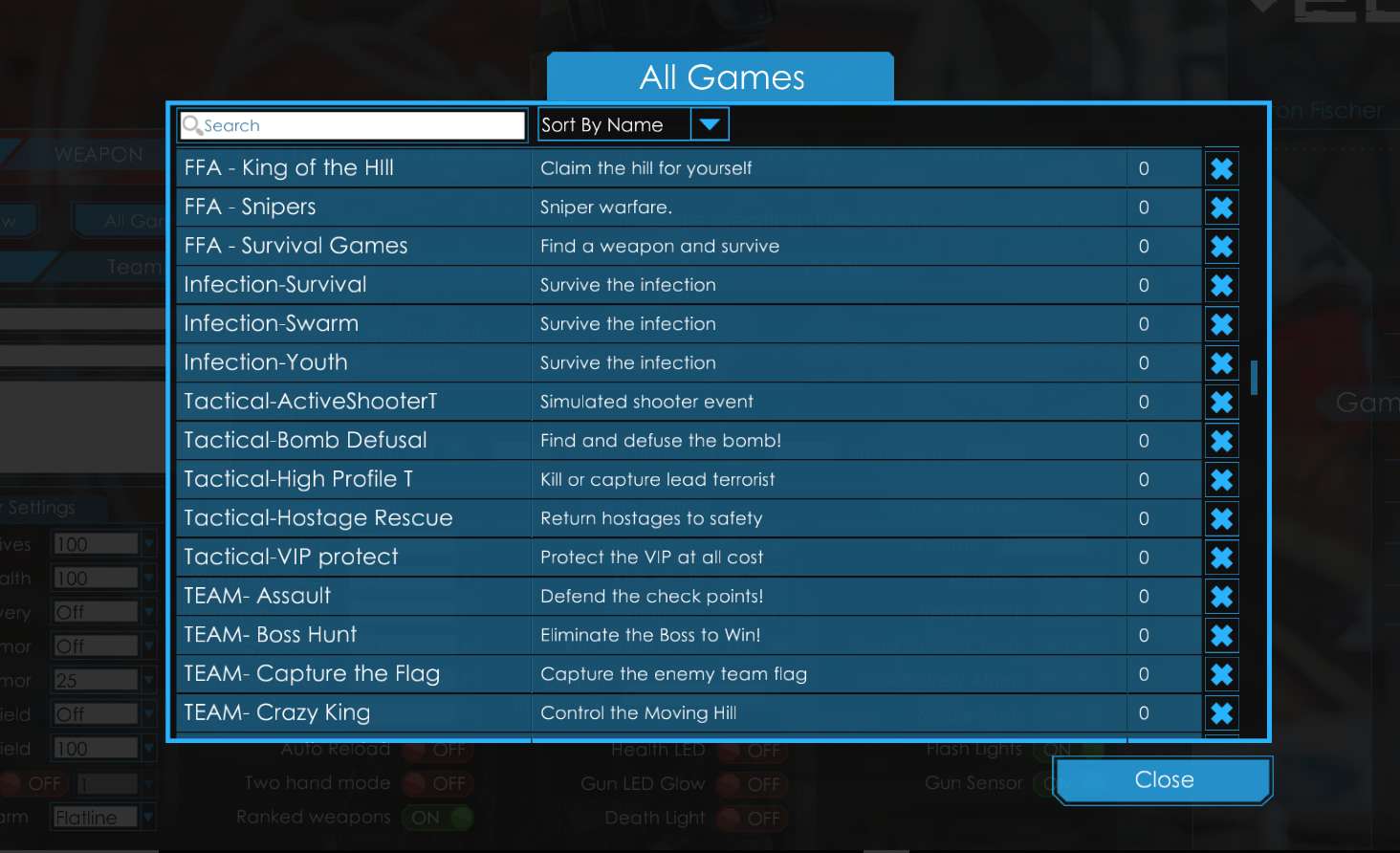 Battle Coin is a exclusive tool offered to you in EDGE that enables you to create unique Upsells for your players. Ask a representative to explain more on how battle coin can help your laser tag business grow sales numbers by 10%-15%. 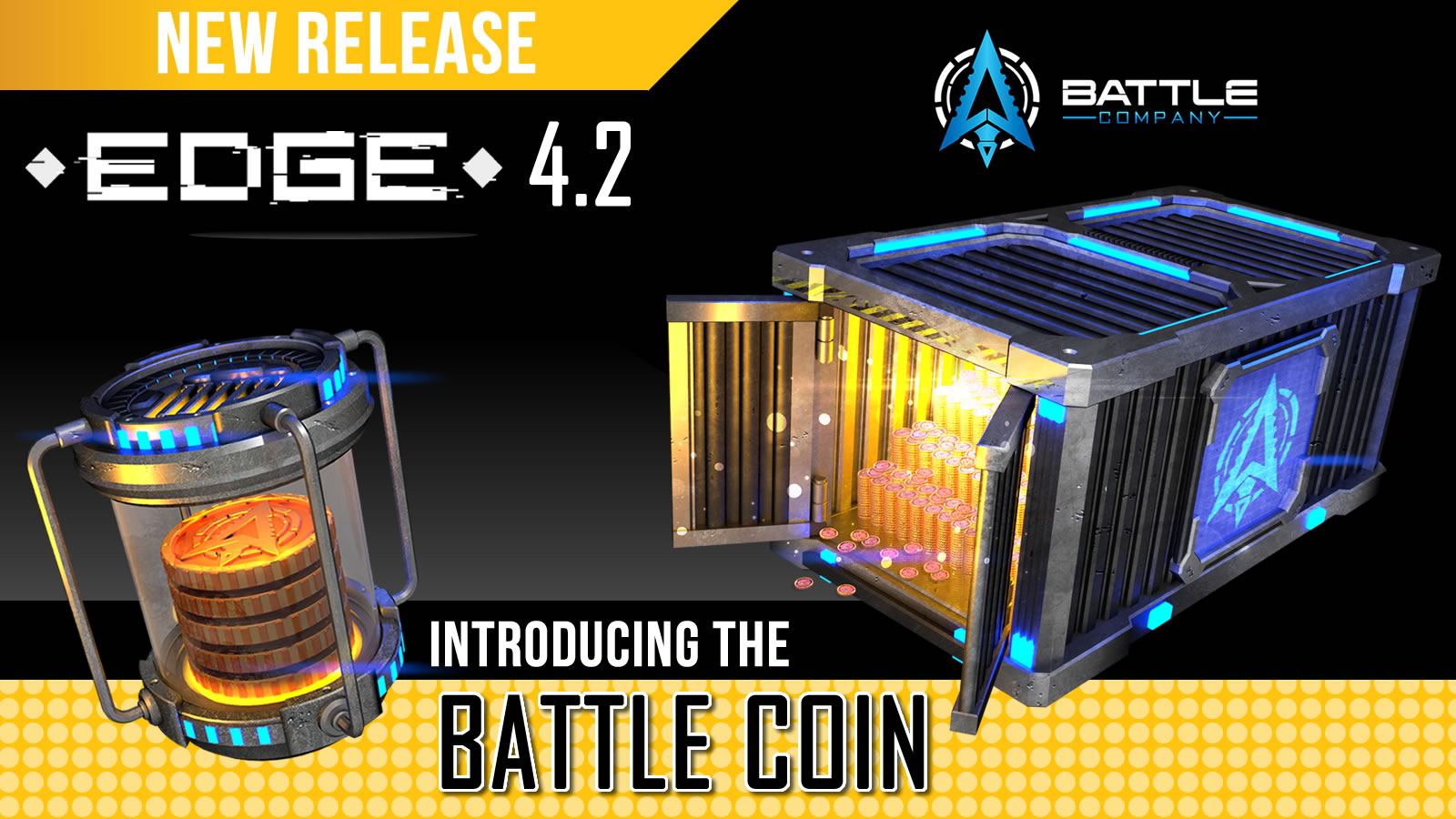 The EDGE Game Engine is the only system in the market that offers a true kill streak experience found in popular games like Call of Duty. Call in a UAV to give away the enemies positions, get upgraded weapons or body armor for you and your team, or rain terror from the sky with mortars, missiles, choppers, and even a nuke! There are 16 Kill Streaks available for you to add or remove from any game!

EDGE will let your customers earn medals. Medals are achievements given to players based on how they play. This creates additional buzz for players beyond seeing their stats. With CallSign players can track all the medals they earned while playing at your battlefield. 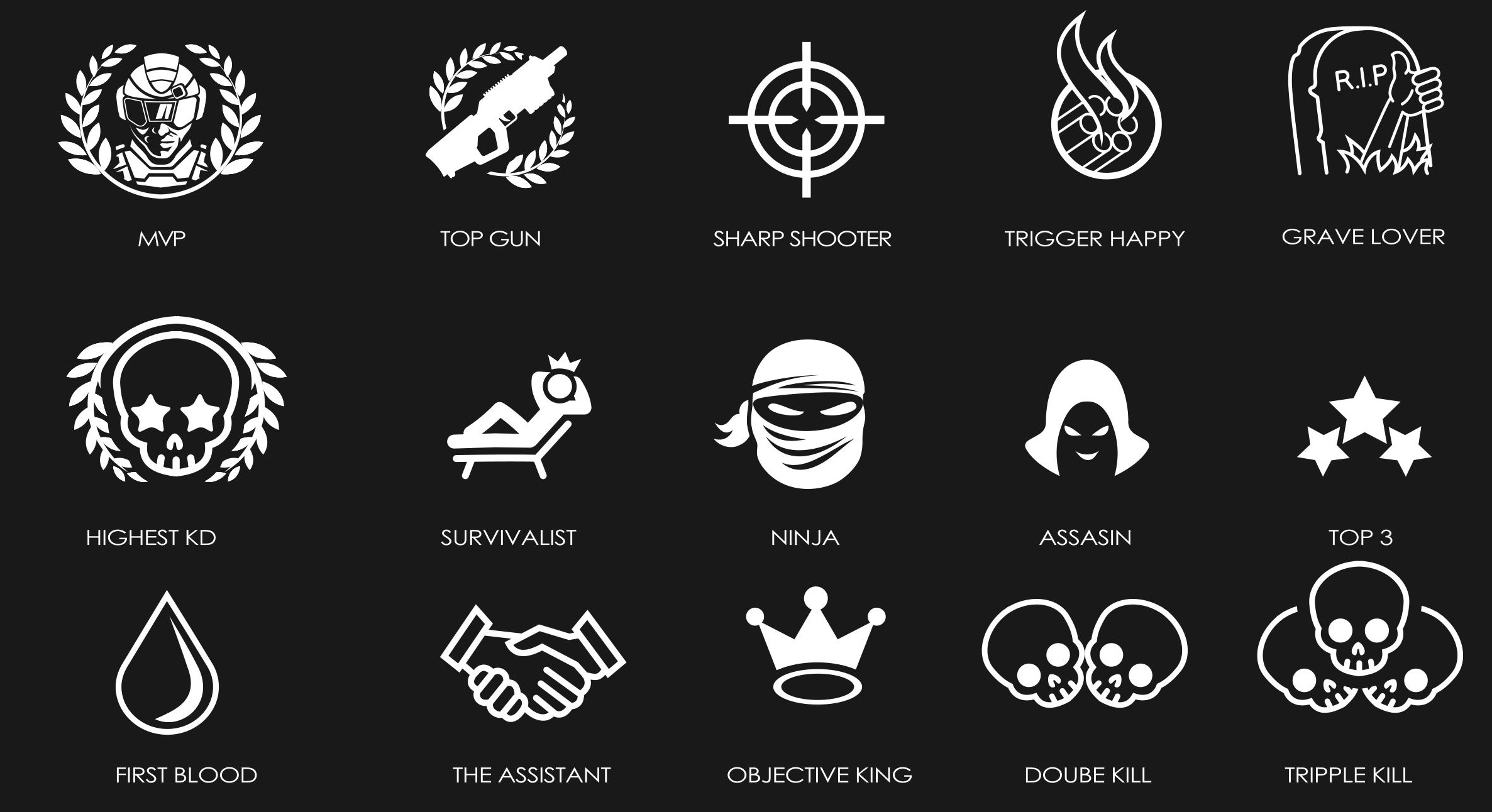 Our robust ranking settings allow you to create your own rewards for players to unlock. We are not just talking about giving a player a little number next to their name and a star. This is a full fledged ranking and unlock system just like you would find in the world of video games. What does this mean for your players? Each time they play they can unlock new weapons and custom rewards that you created like: Buy 1 Get 1 or $5 off your next game or the Kinetic Sniper or Particle Rifle. What does this mean for your business….MORE REPEAT CUSTOMERS! 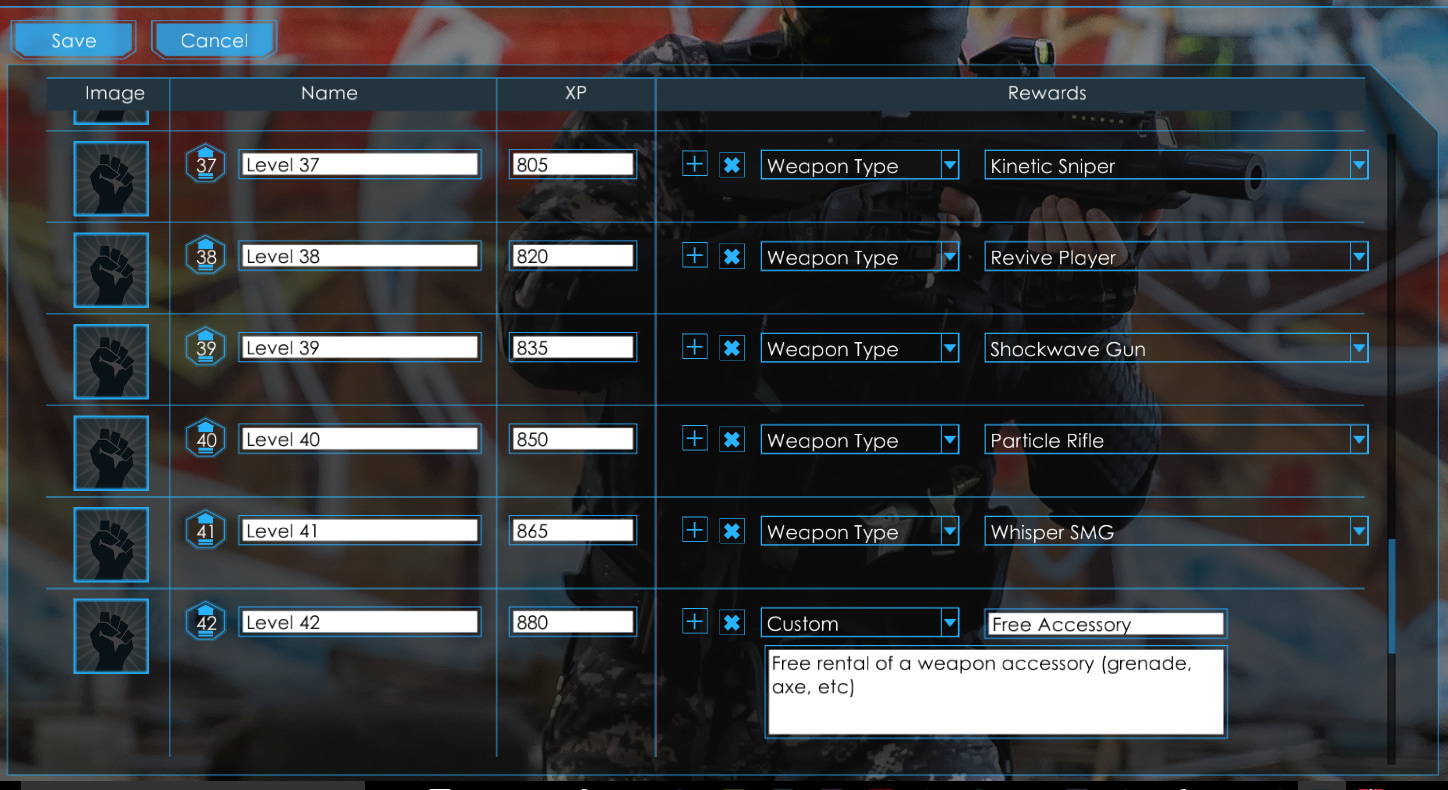 CHECK OUT HOW A CUSTOMER RECENTLY DESCRIBED EDGE...

“Over 5 years I have used 4 different commercial systems, with Battle Company being the most robust. The industry had seemed stagnant, and lacked innovation, until Battle Company introduced the Battle Rifle Pro, then wireless headsets, and then the biggest innovation, the Edge Game Engine. Edge has been an industry game changer with unparalleled game control. It empowers operators with the ability create and sculpt even the most complex game types. I now have the ability not to just create advanced game modes, but mimic games from modern first person shooters that our target demographic loves. Without a doubt, Battle Company is the most forward thinking company in the tactical industry and I look forward as they press the innovation envelope developing Edge and their hardware even further.“

YOU ARE NOW FREE TO MOVE ABOUT THE BATTLEFIELD!

EDGE Terminal is custom designed application built for Ipads and tablets that give you and your staff freedom and control over the entire battlefield. Terminal acts a remote control for Battle Company software and equipment making it easier to create Callsigns, manage the EDGE game engine, assign teams and equipment, and run a game or session. Controlling the battlefield has never been easier! 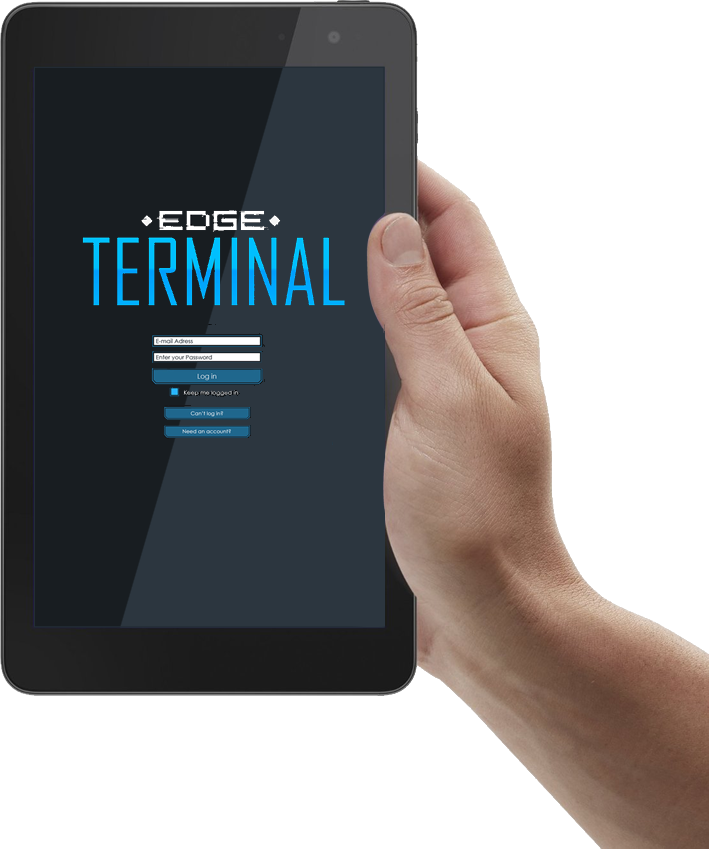 The number of cell phones in the world is staggering… so we decided to take advantage of it. We created a first of it’s kind mobile application for Apple and Android for your customers named CallSign. This revolutionary smart phone application allows players to use their phone as a heads up displays, view their stats in and outside of games, view their personal medals, level up, and unlock and redeem custom rewards! Imagine the possibilities. Battle Company is the first and only company to have a smart phone application that directly interacts with the game!

Available on Google Play and iOS

TIME TO GET SOCIAL!

RELEVANT MARKETING TOOLS FOR YOUR BUSINESS

Social media is crazy popular. Your customers spend more time on social media than any other form of entertainment. We understand this at Battle Company and that is why we created some powerful marketing tools that let you take advantage of the best word of mouth media tool out there….FACEBOOK! By integrating Facebook into CallSign players can share their personal score board to Facebook after each and every game they play… RIGHT FROM THEIR PHONE!!! Now your customers can tell each and every person on their friends list about your business. We also created a way for you to reward your customers for each time they press the share button. How? By allowing you to give them bonus XP once they share! 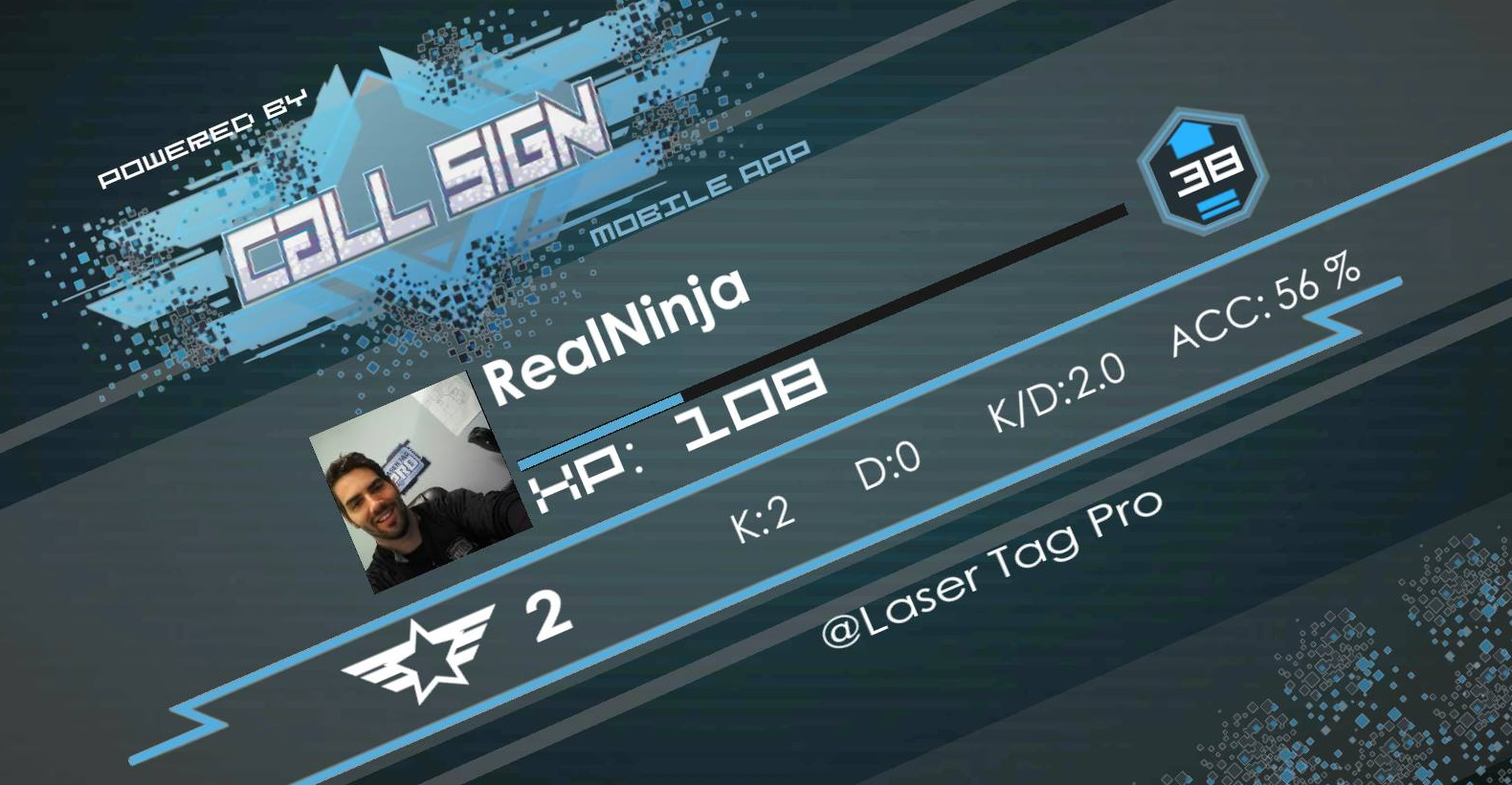 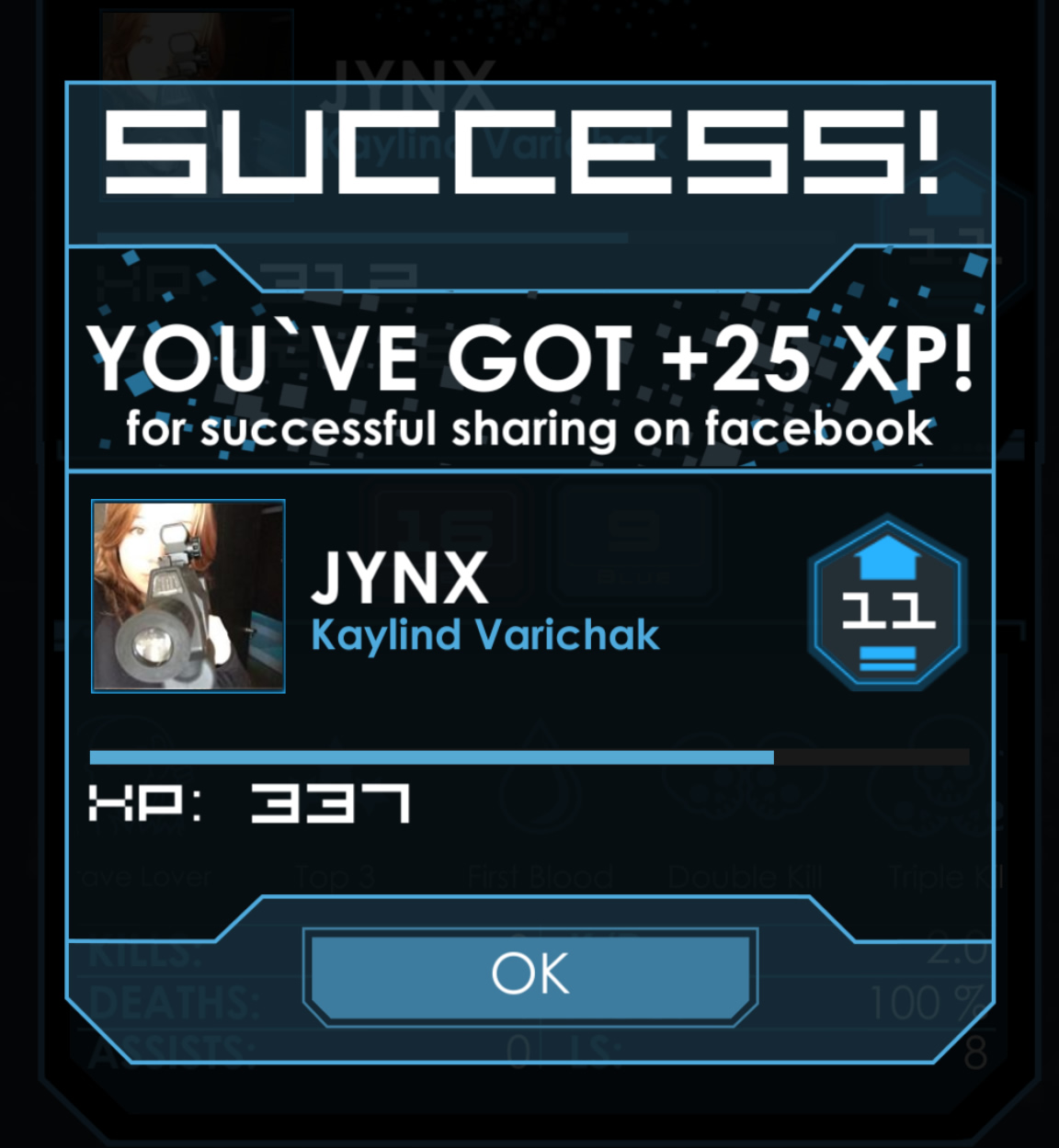 WHO PRINTS SCORES WHEN THEY CAN BE POSTED FOR THE WORLD TO SEE?

Printing scores and sending them home is so 1995! Welcome to the 21 century of scoreboards. Battle Company gives you the business owner the ability to be social too! With the latest update to EDGE Terminal your staff can hit the share button and share the most recent game scoreboard to your business FACEBOOK page! This not only gives your important social media account fresh content but creates a much more exciting reason for players to actually visit your page! We all want more interaction right? EDGE Terminal will help engage more. 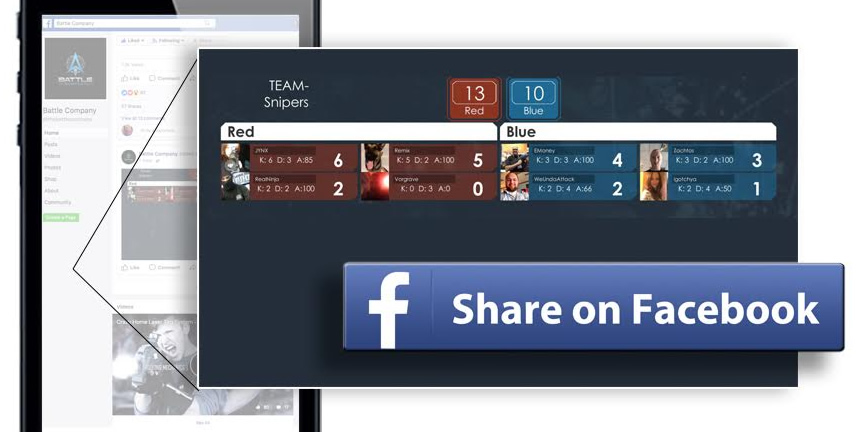 Setting Up A Wifi Network Anywhere For Your Business Is Easy 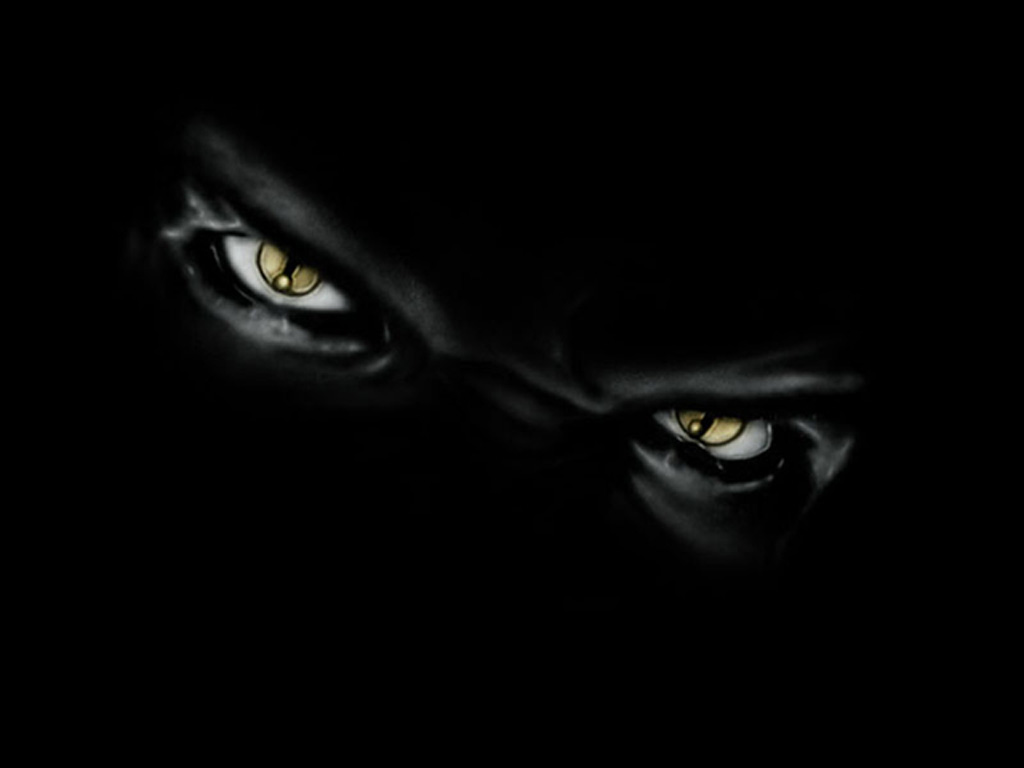 Did you know the largest zombie laser tag attraction in the world is powered by Battle Company gear? EDGE : Enemy Edition allows you to take a live actor shooting experience even further. Create multiple enemy type presets and add them to a head band. We also created an app so you can change enemies on the fly. With the Enemy app on the google play store you can pair a phone to a head band and even perform gesture based melee attacks. EDGE: Enemy Edition gives you a whole new way to make money off your equipment.