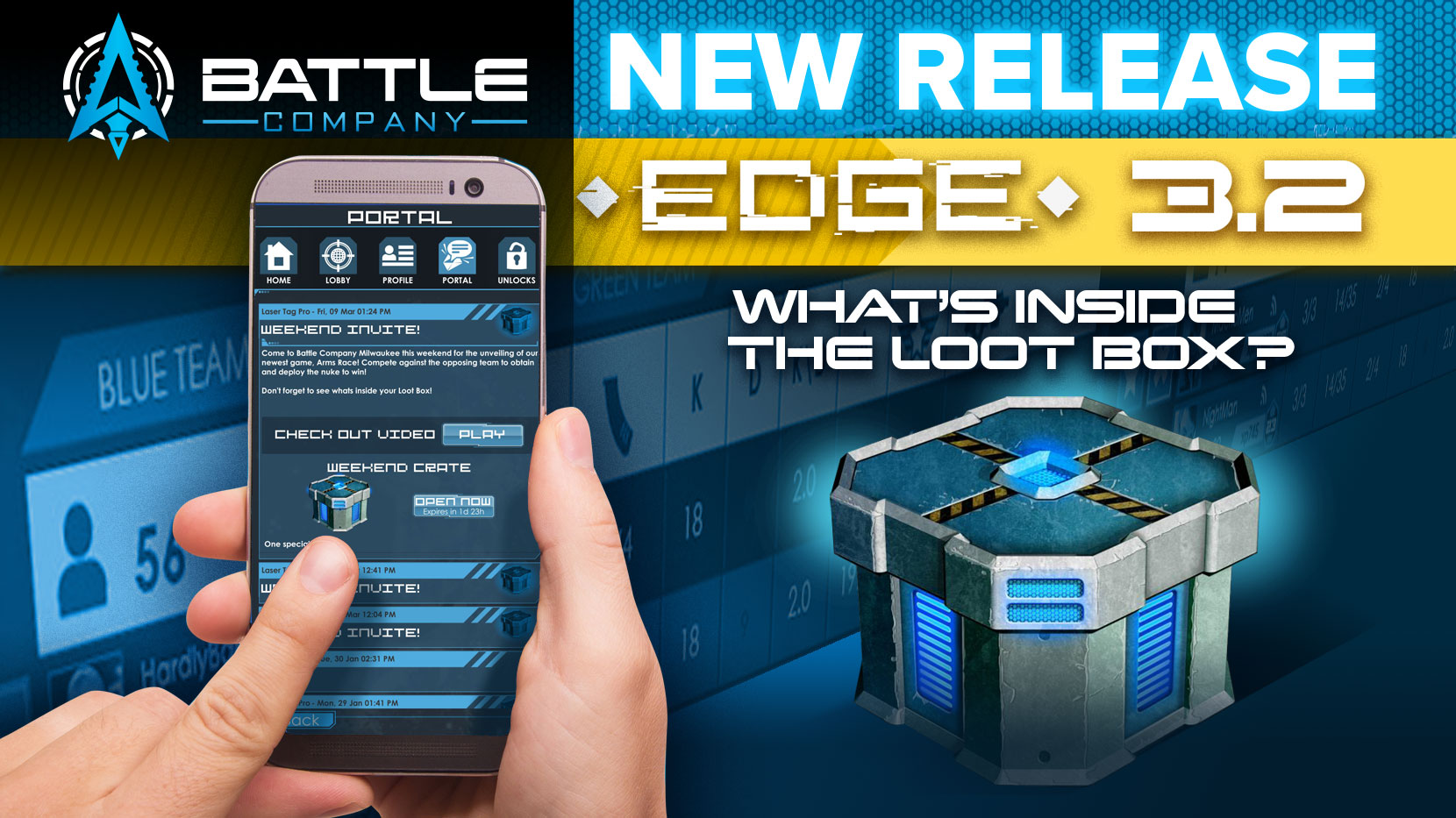 It’s been said that Battle Company is the champion of innovation in laser tag industry because of how the EDGE game engine has redefined the gameplay experience. Our team is working everyday to expand our existing products and generate new, effective tools for all our customers. With that said, Battle Company is excited to be kicking off the new year with the most modern marketing capabilities our industry has ever seen.

Being a business owner, it is crucial to retain your customers and keep them coming back. Blasting out emails is a common method to reach existing customers, but the reality is everyone is doing this. There is no denying that it can become difficult to stand out among dozens of other promotions in a bloated email inbox…Until now. The CallSign app now gives you a unique way to connect with your customers on their phones, beyond of the email clutter.

Battle Company’s EDGE 3.2, along with the new CallSign update, introduces the ability to interact with your customers in a new and exciting way. Business owners in the laser tag industry can now encourage customers to return to their facility by sending important messages directly to their phones via CallSign. Included with the message can be a promotional offer, an epic video, a website link, and to keep up with the latest video game trends–a Loot Box! 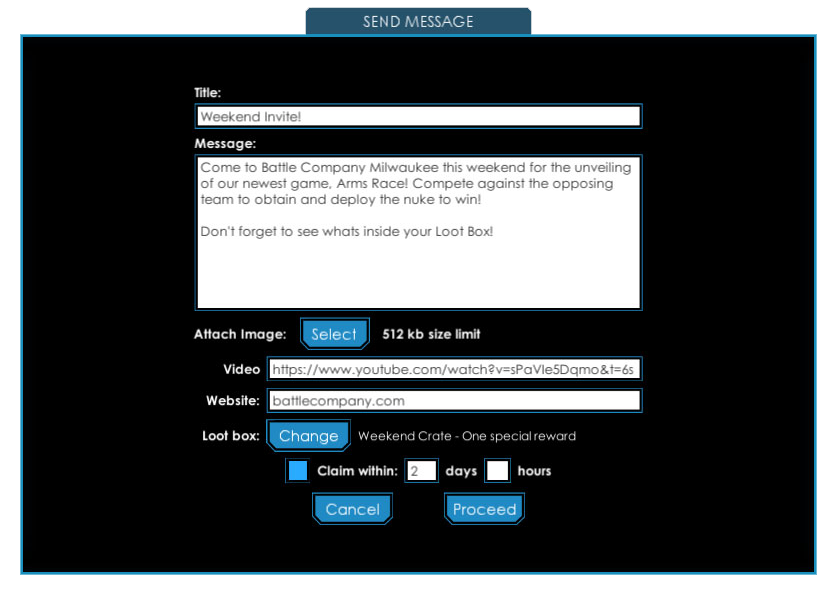 What is a Loot Box in Laser Tag?

A loot box is a chest or crate that contains a reward inside for players to open. Think of this as a gift that you can send to your customers. Who doesn’t get excited about receiving a gift? You can create and send custom loot boxes through the CallSign app and even set a timer on when it must be redeemed. For example, award players with a free fountain drink on their next visit or how about a buy-1-get-1 half-off through the end of the week? The loot box with timer function provides urgency for players to redeem their deals giving you greater control over your marketing. Loot boxes are just one more popular feature found in video games that Battle Company provides for your real-world business.

EDGE 3.2 has a few more features we would like to highlight. The first is the ability to have a video displayed on the verses screen. You can upload videos to EDGE or stream a video from your YouTube channel that plays before each mission. This is an exciting and efficient way to instruct customers on their next objectives while shortening time between game modes. Video is a powerful medium as it can be themed, visually appealing, and maintains alignment with your business model. Video integration ensures that field owners can provide an even more immersive gameplay experience for their customers.

The second feature is a game function that deals with spawn campers. While some battlefields are designed to allow camping, others have requested us to create a solution to help stop spawn camping, so we’ve answered by created a new feature called Damage Delay. The new function makes a player who has just respawned invulnerable to enemy fire for a short period of time. This buff stops a player from taking damage immediately after respawn but still allows them to shoot back at their opponents, busting through those pesky spawn campers!

This year on the commercial front, business owners can expect Battle Company to place a heavy focus on optimizing and expanding marketing and business tools. Be on the lookout for some exciting “loot box” drops from us as the year unfolds!

View the change log for this update on the customer portal.